What is the opposite of effective collaboration? What is time poorly spent? What would discourage somebody from collaborating? In a word, _futility_. If your efforts do not have the intended results, you have little incentive to continue trying.

* Some archetypal images of futility from the ancient Greeks: Sisyphus has to push a boulder uphill eternally, only to see it tumble back down; Tantalos can almost reach the fruits and water that will satisfy his cravings, but they barely elude his reach; and the Danaides were tasked with filling a tub with only the use of a seive. * Opening scene

of a _Wire_ episode (push/pull on desk)

YOUTUBE DhkndQ3LML8 Several colleagues are trying to move a desk. After much effort, it turns out they're working toward opposite goals. From the TV series "The Wire". 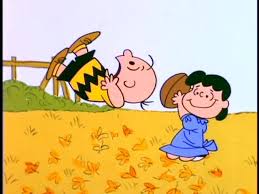 "I’ve been saying since the No Impact Man project first started in 2007 that lasting personal happiness does not come without contributing to community and world happiness. But there are big issues that stop us from trying to contribute or that make us really frustrated when we do try." from colinbeavan.com

Note, there is a page on Ward's wiki (ward.bay.wiki.org) called "Strengths & Weaknesses" - I'd like to fork it here, but I'm having trouble. (I did manage to fork Forsyth Agency Pod Charter.)